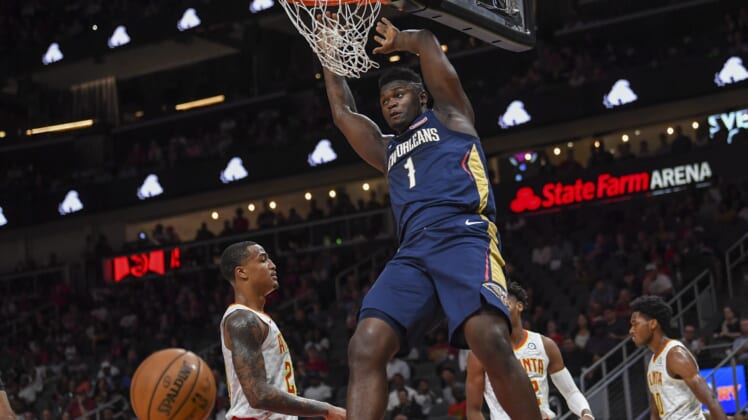 New Orleans Pelicans rookie No. 1 overall pick Zion Williamson is putting on a show for Bulls fans in Chicago on Wednesday.

Already with a plethora of highlight-reel plays during the preseason game, Williamson put up yet another dynamic dunk in the second half.

Check out this 360 reverse jam from the freak of nature.

How Williamson was able to find the rim for the reverse after seemingly spinning out of control mid air is absurd. He really is like watching a cartoon out there.

We knew Williamson would make highlights as a rookie. It was a never-ending theme during his college days at Duke. Little did we know that he’d be making these awe-inspiring plays before opening night. Just crazy stuff.