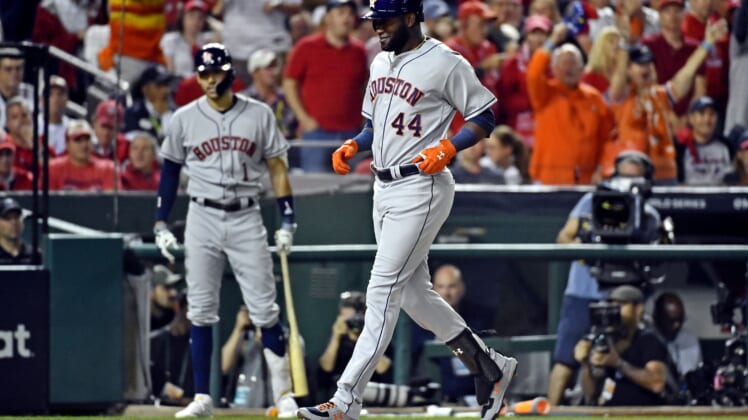 The Houston Astros bats have come alive since the World Series shifted to Washington D.C. The trend continued on Sunday night when outfielder Yordan Álvarez unleashed a two-run shot early in the game.

After allowing an infield single to Yuli Gurriel, Washington Nationals pitcher Joe Ross made a nice pitch outside the zone. Somehow, Álvarez got to it and unleashed his massive power and sending the ball into the seats for a two-run moonshot.

Houston’s rookie sensation entered in a massive cold streak at the plate. Álvarez posted a .204/.278/.256 slash line with 21 strikeouts coming into Sunday night, but it now appears he might be getting hot at the right time.