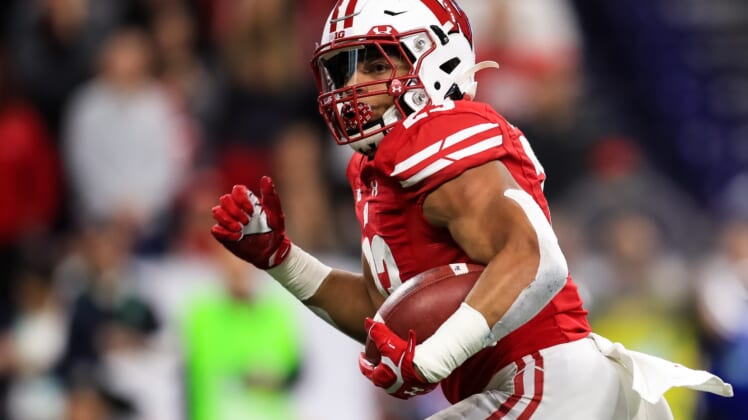 Everybody has a plan until they get punched in the mouth. For the entire regular season, the Ohio State Buckeyes had a plan all year and it carried them to a 12-0 record. The Wisconsin Badgers are punching them in the mouth in the Big-10 Championship Game.

Ohio State already trailed 14-0 late in the fourth quarter when it seemingly grabbed momentum back on J.K. Dobbins’ touchdown run. Jonathan Taylor had an answer for that, ripping off a 45-yard run on the first play of Wisconsin’s next drive and stiff-arming a Buckeye in the face along the way.

Of course, the Badgers weren’t done delivering blows to Ohio State. On first-and-goal with 16 seconds left, Taylor pushed quarterback Jack Coan into the end zone for a 21-7 lead

Wisconsin just punched the Buckeyes in the face then ripped their heart out on this two-minute drive. Now, for the first time this season, Ohio State needs to pick itself up off the ground and answer, or it will be a rough night.