WATCH: Vontaze Burfict gets away with dirty hit on Antonio Brown 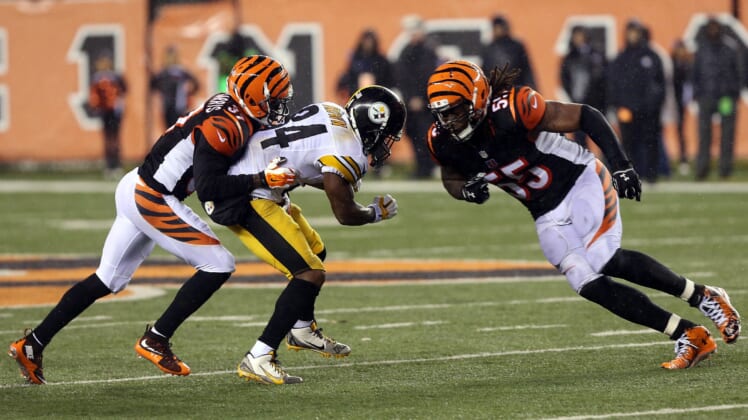 Early in the second half Sunday as the Pittsburgh Steelers battled the Cincinnati Bengals, Antonio Brown, already being dragged down by two defenders, took a cheap shot by, you guessed it, Vontaze Burfict.

#Bengals dirty LB Vontaze Burfict, who is just coming off a suspension, with a late hit to @AB84 Antonio Brown's helmet. pic.twitter.com/QSiCg79IQf

No doubt, the league will take a close look at this hit, which did not result in a penalty on the field.

It’s not the first time Burfict has gone head hunting on Brown.

This wasn’t the first questionable thing that happened in the game involving Burfict, either. He got into it with Ben Roethlisberger on the game’s opening drive.

Brown exited the game briefly and did appear to be woozy as he walked off the field. However, he quickly returned to the game and promptly caught a screen pass on the next play.