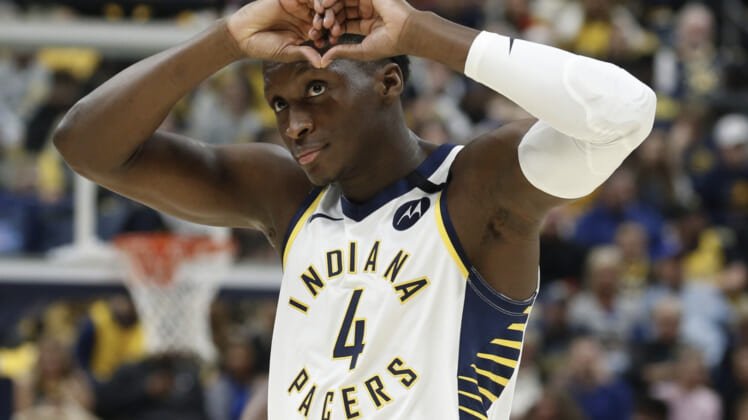 Indiana Pacers All-Star Victor Oladipo made his return to the court for the first time in over a calendar year Wednesday night against the Chicago Bulls.

Out since Jan. 23 of last year after suffering a devastating leg injury, Oladipo more than made it count.

With his Pacers down 100-97 late in the fourth quarter, the dude nailed a 28-foot three-pointer to tie the game up and force overtime.

It was simply insane to see.

It was just over a year ago that Oladipo’s career stopped in its tracks after he suffered a ruptured quad tendon.

He’s now out here playing hero ball in a big Eastern Conference game with his Pacers in need of a clutch shot.

Could we ask for a better storyline?