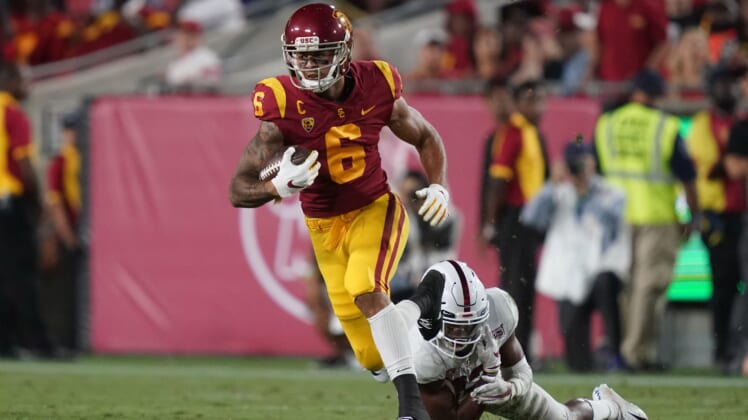 The USC Trojans are playing an unbelievable game against Utah Friday night, thanks in part to quarterback Matt Fink and receiver Michael Pittman.

The two of them had already combined on six receptions for 99 yards before they lit up the Utes in the third quarter. Facing a 3rd-and-9 from his own 23-yard line, Fink launched an arching throw deep to Pittman, who leaped in between defenders to make the outstanding catch.

From there, he just hit the afterburners and romped 77 yards for the score.