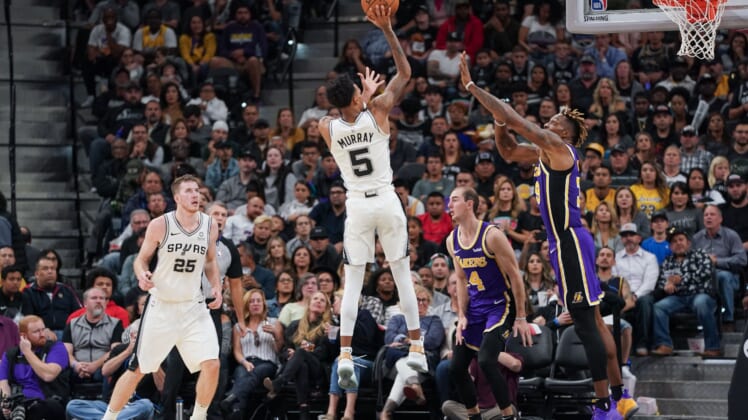 The San Antonio Spurs came into the 2019 season with high expectations for point guard Dejounte Murray. He showed why against the Oklahoma City Thunder with an absurd, circus shot.

Murray drove inside the lane during the second quarter aiming for a layup. When Oklahoma City’s defense closed in on him, the 23-year-old collided with guard Hamidou Diallo then flipped the ball into the air as he fell to the ground and arched it in for the bucket.

The young guard is quickly demonstrating this season why the entire organization believes he can be a special player. Murray entered Thursday averaging 12.2 points, eight rebounds and nearly five assists per game this year.

Now that he’s showing he can even make the impossible plays, perhaps he’ll start to get the national recognition for his unique abilities as well.