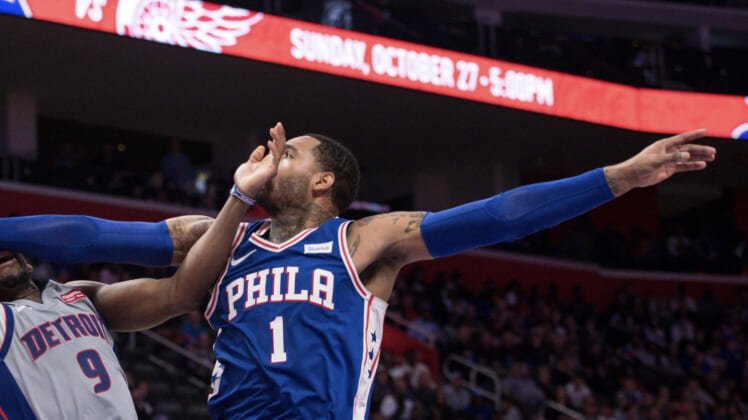 It appears that the NBA has gotten soft on us. We’ve seen some pretty absurd foul calls thus far on the young season.

Check out this play and tell us what you think.

Scott was simply attempting to prevent an easy dunk from Jones on the fast break. He was ultimately ejected from the game for a flagrant.

That’s about as ridiculous as it gets. These officials on hand in Atlanta should be ashamed of themselves.

We saw Bryce Harper hit the ball harder than this in the playoffs and his team didn’t even make it to the postseason.