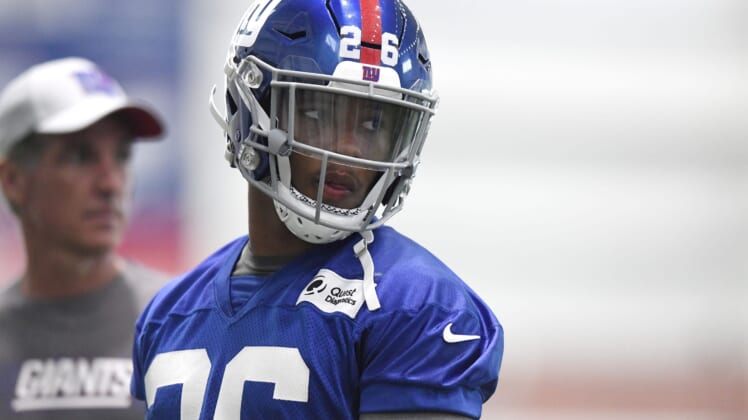 Taking on the Cleveland Browns in his NFL debut, rookie No. 2 overall pick Saquon Barkley did not waste any time making his impact known.

The potential generational New York Giants running back broke off this dazzling 39-yard in his first career touch.

It’s not that the Penn State product went for nearly 40 years, it’s just how he did it. Watch below.

The initial cut outside was something else. Barkley, then cut right back inside before turning it outside — displaying elite vision in the process. He also broke multiple tackles in the process.

This is what made Barkley such a dominating force in college and the highest drafted running back since Reggie Bush back in 2006.

Needless to say, Twitter had some pretty rocking responses to this brilliant initial NFL carry from Barkley.

Right off the bat 39 yards for Saquon Barkley, first ever carry in Nfl game

Well, the legend is born. First handoff, Saquon Barkley breaks a bunch of tackles and takes off for 39 yards. Wow.

And the Saquon Barkley hype train had officially left the station.

If this first carry is any indication, Barkley is primed for a stellar rookie season for the men in blue.