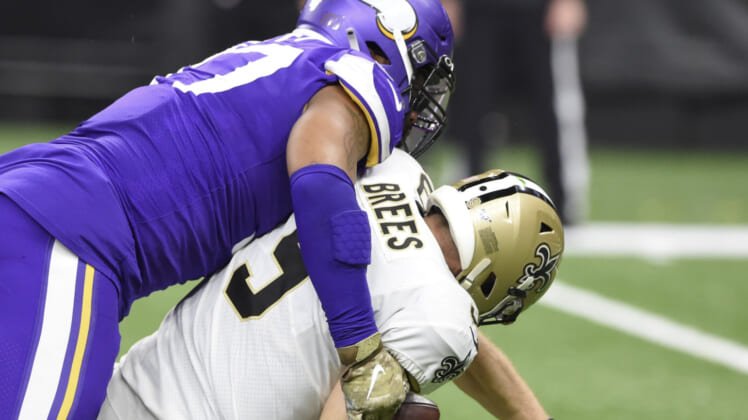 It did not turn out that way with Minnesota up 20-17 late in the fourth quarter. With New Orleans driving and at the Vikings’ 20 yard line, it looked like Drew Brees and Co. would get that lead.

This is until Mr. Brees lost his first fumble of the entire season after being sacked by Danielle Hunter.

What an incredibly huge giveaway by the future Hall of Famer. Minnesota took the ball over with little time remaining holding a three-point lead. Even if the Saints’ drive had stalled, they could have tied it up with a field goal.

Major blunder from one of the game’s greatest.