WATCH: Saints’ Alvin Kamara with one of the most ridiculous touchdowns you’ll ever see 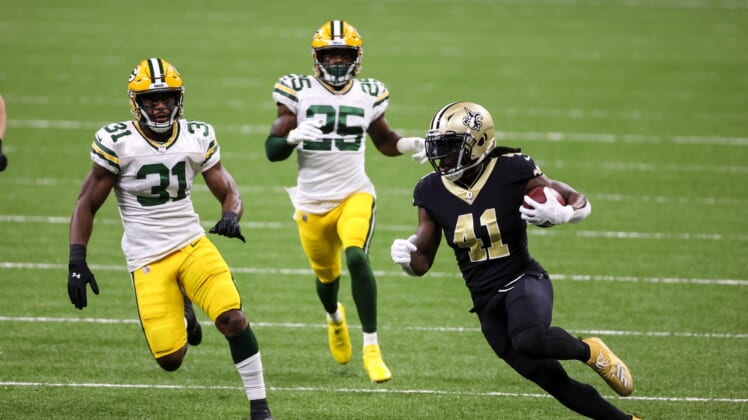 Some people were wondering what was wrong with New Orleans Saints Pro Bowl running back Alvin Kamara during a down 2019 season. Once the campaign ended, it was noted that the recently-extended back had been dealing with injuries throughout the year.

Three games into the 2020 season, and we now know that Mr. Kamara is completely back. Just ask about a half-dozen Green Bay Packers defenders.

With his Saints down 27-20 late in the third quarter Sunday night against the Packers, Kamara might have put up one of the most ridiculous touchdowns you will ever see in the NFL.

Five broken tackles. A hurdle. Some absolutely tremendous vision to follow his blockers. The end result was a 52-yard catch and run on a pass from Drew Brees that legitimately hit Kamara behind of the line of scrimmage.

By virtue of that play, Kamara finished the first three quarters Sunday evening having put up 191 total yards on 17 touches. Whew!