WATCH: Ryan Shazier on practice field with his Steelers teammates 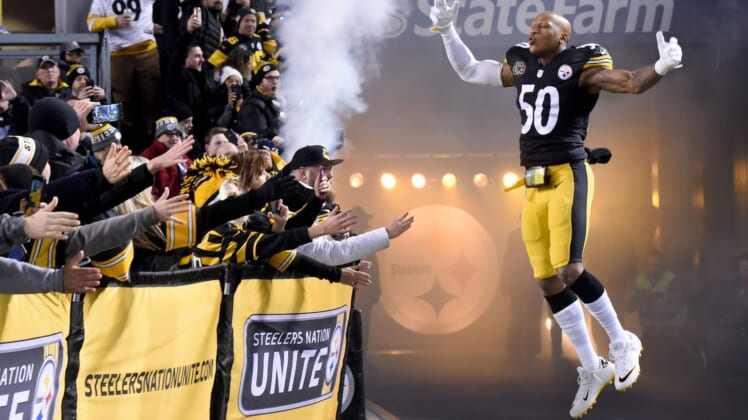 We’re not sure when Pittsburgh Steelers linebacker Ryan Shazier will return to the field. Following the serious spine injury he suffered last season, the Pro Bowler has been ruled out for the entire 2018 campaign.

Since suffering said injury, Shazier has been active within the sports world. He’s shown up at countless events, proving that his rehab is going about as well as can be expected.

As his Steelers started training camp this week in Latrobe, Shazier was seen out on the field with the team’s linebackers. Check out this awesome video.

Ryan Shazier walking with the Steelers linebackers during drills. pic.twitter.com/fGOjo5I7Lk

As you can tell, Shazier is still walking with a pretty heavy limp. It’s a clear indication that he has a lot more to overcome before even thinking about returning.

Even then, it’s awesome to see the former first-round pick out there and supporting his teammates. Based on what we saw Friday, it has to be expected that Shazier will be a pretty common figure around the Steelers this season.

That in and of itself has to be music to the ears of his teammates.