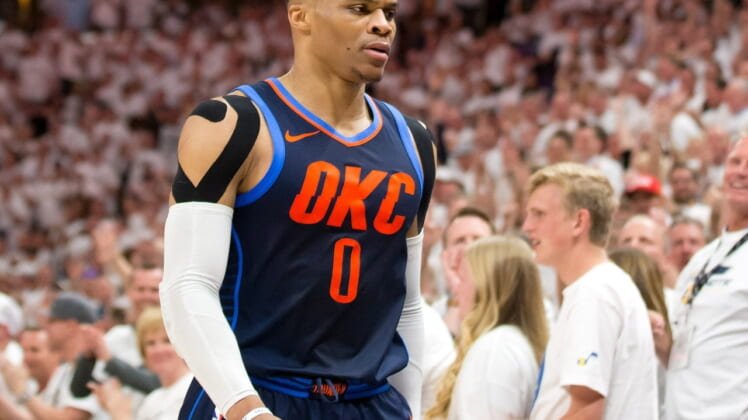 They are the last two NBA MVPs. They’re also former teammates with the Oklahoma City Thunder. That doesn’t mean that Russell Westbrook is afraid to absolutely troll James Harden on the basketball court.

We’re not really sure what the Houston Rockets guard said to his rival after the gauntlet was thrown down. But does it really matter?

Taking about eight steps in the process, Russ looked just like Harden out there on the court.

It was just all sorts of brilliant.