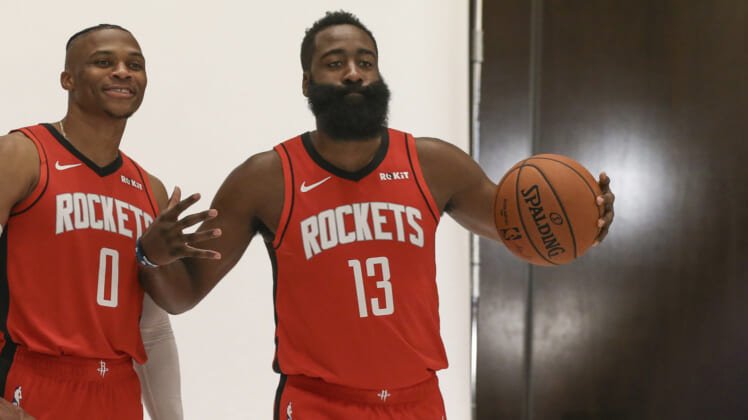 The Shanghai Sharks of the Chinese Basketball Association were merely a pawn in the Houston Rockets preseason opener Monday night.

While new Rockets star Russell Westbrook didn’t play in the meaningless game, he was there to root Harden on from the bench. One could say Russ was pumped.

A one-legged three? We know Harden was working on this during the summer. But it qualifies as all sorts of unfair.

The Harden-Westbrook duo promises to be electric in what is going to be an ultra-competitive Western Conference this season. That’s for sure.