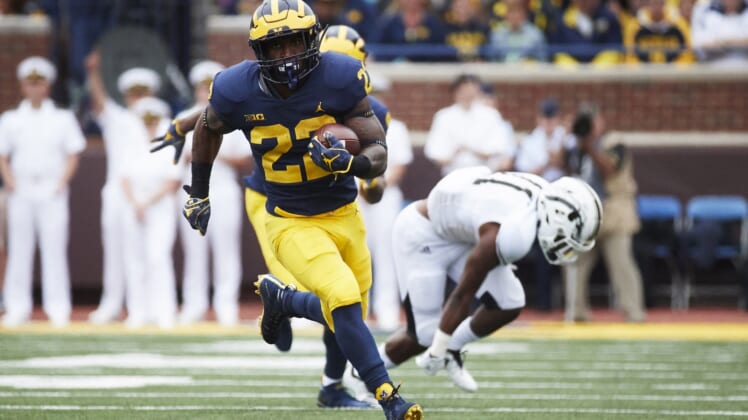 Wolverines running back Karan Higdon was victimized by the refs on Saturday as Michigan battled Northwestern.

On this play, Higdon was the decoy on a read-option in which quarterback Shea Patterson kept the ball and made a big run to the outside. As we see so many times on plays such as this one, Higdon was met by a defender.

But he was called for holding.

Karan Higdon was called for holding on this.

It wiped out a huge gain and forced Michigan to punt.

The ref should be suspended for this trash. pic.twitter.com/3bFTFrdk9P

There is no universe that exists in which this is a holding penalty. Higdon literally was slammed to the ground by the defender, who was trying to stop him as if he had the ball.

It’s something we see almost every time on plays like this.