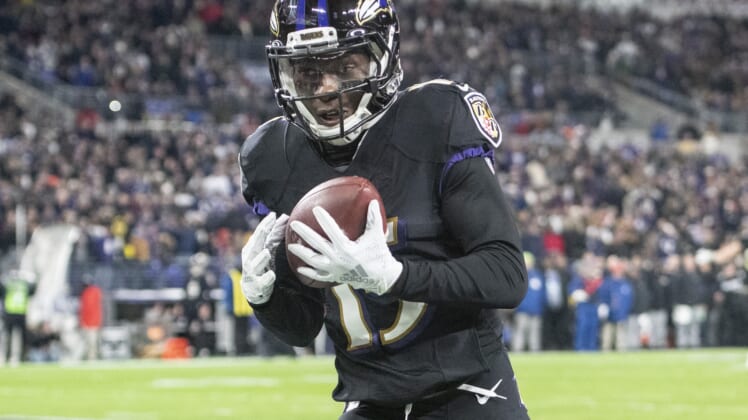 The Baltimore Ravens needed someone to step up heading into halftime against the Tennessee Titans Saturday night.

Down 14-3 late in the second quarter, rookie receiver Marquise Brown answered the call. Check out this absolutely insane 38-yard catch for Brown on a YOLO pass from the struggling Lamar Jackson.

Just insane concentration and athleticism from one of the game’s best young receivers. We still have no idea how he came down with the catch.

By virtue of this play, Baltimore was able to get a second Justin Tucker first-half field goal to go into halftime down 14-6.

Could this be the play to jump start what has been a lacking Ravens team?