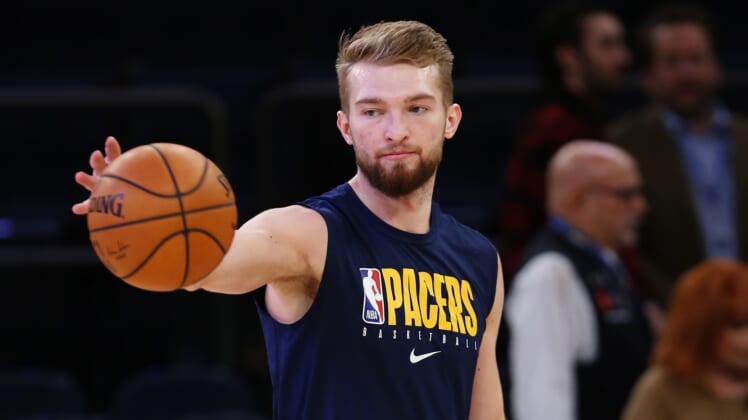 Just ask the Los Angeles Clippers, who were on the receiving end of one of the best dunks thus far this season.

Indiana was seemingly playing hot potato with the basketball in transition during the first half of Monday night’s game. That’s when Sabonis corralled it and threw down an absolutely insane dunk through multiple Clippers defenders.

We’re not even too sure where to start with this one. Sabonis definitely put Mo Harkless on the poster with the massive jam. He was also fouled on the play. Though, what went uncalled.

The still fame of this dunk is everything. How in the world did that get into the hoop? We legitimately want to know. Albert Einstein has questions, too.

Sabonis has played extremely well for Indiana this season. He entered Monday night’s action against the Kawhi Leonard-less Clippers averaging 18.4 points and 13.1 rebounds on the season. Dude is a straight up baller.