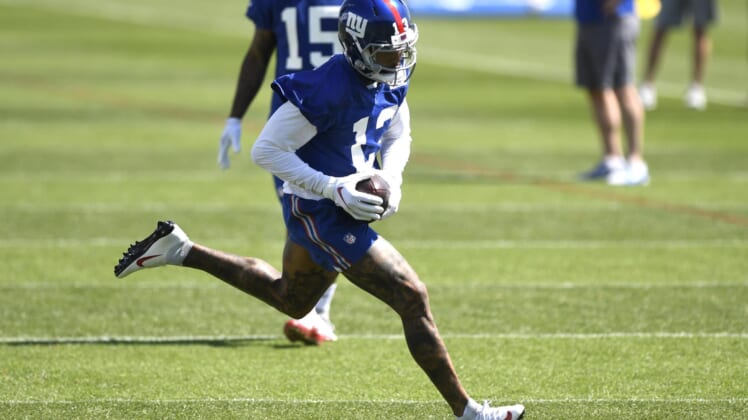 Reports surfaced earlier on Monday that star wide receiver Odell Beckham Jr. and the New York Giants were finalizing a contract extension that would make him the highest-paid receiver in NFL history.

It now looks like said deal is done. Here, we see OBJ partying it up with fellow receiver and teammate Sterling Shepard in the team’s locker room.

You think the #NYG locker room is happy Odell got the bag? From Sterling Shepard's instagram story 3 minutes ago ??? pic.twitter.com/iQRbv42SWo

Shepard actually seems more excited about OBJ getting his cash than the star receiver himself.

It’s certainly been a long time coming for the stud pass catcher. And now, his teammates seemingly couldn’t be happier for the man.