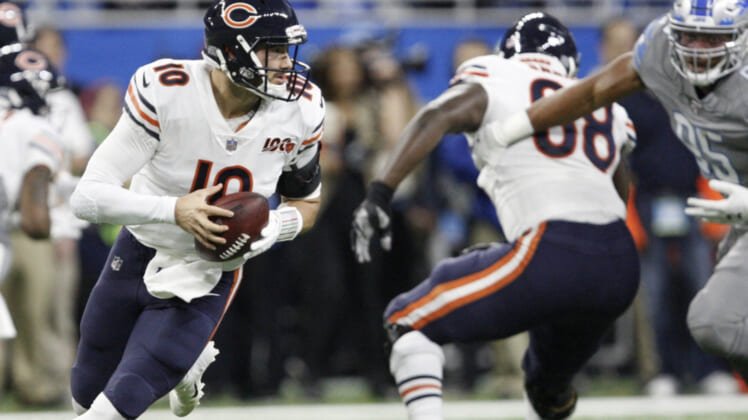 The Chicago Bears were driving down the field on their first possession of “Thursday Night Football” after the Dallas Cowboys opened up the game with a touchdown.

It did not go too swimmingly for Trubisky. Cowboys cornerback Jourdan Lewis came down with a brilliant interception, ending Chicago’s scoring opportunity in the process.

Officials originally called the pass incomplete before overturning it on review. This represented the Cowboys’ first takeaway in four-plus games. It was also one of the worst throws we’ve seen this season.

The Cowboys will need more of it if they want to get back on the winning track after last week’s loss to the Buffalo Bills.