WATCH: Knicks’ Mitchell Robinson sends shot back into the seats 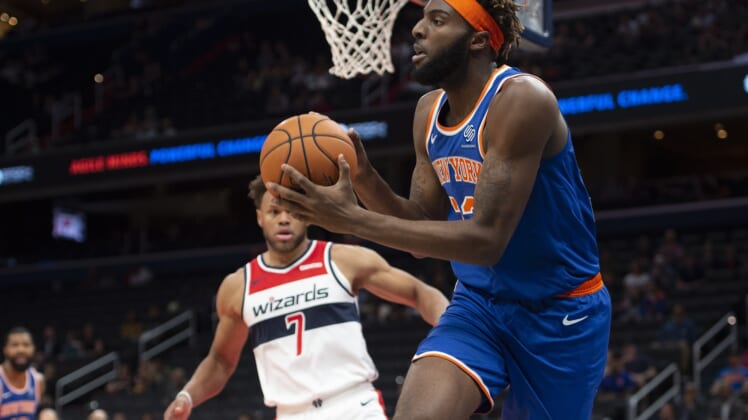 We know that New York Knicks big man Mitchell Robinson is as athletic as they come. We also know that stud young Chicago Bulls forward Lauri Markkanen can put the ball into the hoop on a consistent basis.

The two 7-footers took on one another early in their team’s game on Monday night. Robinson got the best of his counterpart with an emphatic block that was sent back into the seats at Madison Square Garden.

Even Knicks fans on hand at the Big Apple were in awe of this block. We’re not going out on a limb to suggest that this has rarely happened to Markkanen.

In a game between two young teams, this one matchup is something to watch. Markkanen entered Monday’s action averaging 17.7 points and 11.7 rebounds on the season. Robinson? Well, he’s averaging a robust 2.4 blocks throughout his young career. He added another one here.