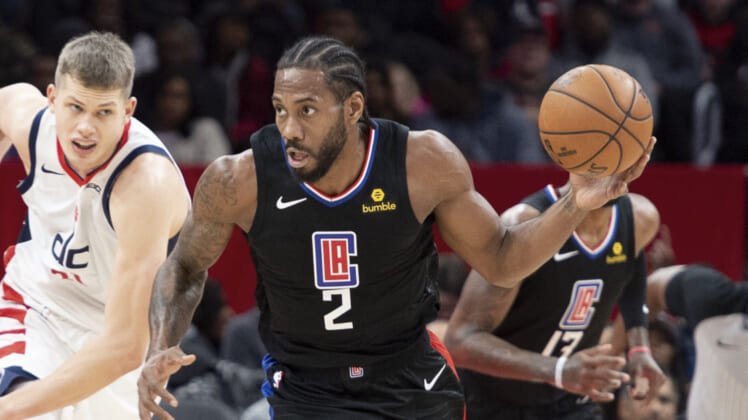 Los Angeles Clippers forward Kawhi Leonard made his return trip to Toronto to take on his former Raptors team on Wednesday evening.

Despite only playing up north for one season, it had to be an emotional scene for Leonard and his former team.

The reigning NBA Finals MVP got his championship ring from this past June and watched on as the Raptors played a stirring video tribute.

It all came with a standing ovation from Raptors fans inside Scotiabank Arena.

The exact moment Leonard got his championship ring included “MVP” champs for a former Raptors star that captivated an entire nation this past June.

This is absolutely amazing stuff right here. Raptors fans could have been upset about Leonard leaving after one season for his native Southern California.

Instead, the fans showed a ton of respect to a player that brought them their first ever NBA title. That’s just great stuff.