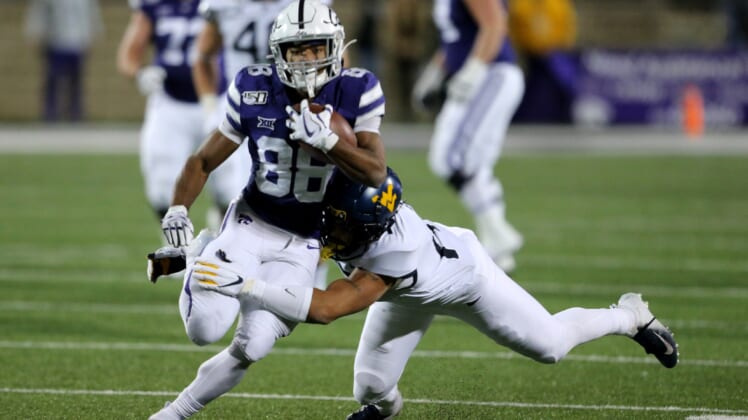 The Kansas State Wildcats found themselves needing a spark in the Liberty Bowl early against No. 23 Navy. Fortunately, freshman Phillip Brooks provided it by lighting up the Midshipmen on special teams for a 66-yard touchdown.

Early in the second quarter of another fun New Year’s Eve Bowl, Brooks hauled in Navy’s punt at the 36-yard line then locked his eyes on a lane on the outside. The freshman’s speed easily carried him to the outside before he followed his blockers down the sideline, then made a cut and went the distance.

Brooks has earned a nice role this season thanks to his big-play ability. Coming into the Liberty Bowl, the freshman had 253 receiving yards, 252 kickoff return yards and averaged nearly eight yards per punt return. He’ll be an interesting player to watch in 2020, when he should likely step into a more prominent role.