WATCH: Juwan Johnson with a potential Catch of the Year 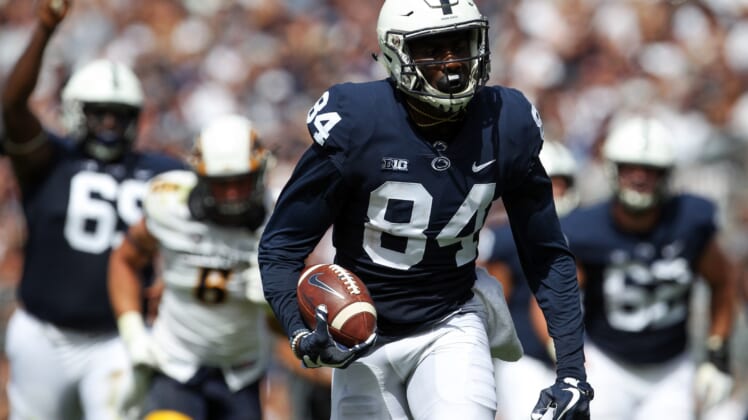 Penn State receiver Juwan Johnson had our jaws on the floor Saturday night as his Nittany Lions hosted Ohio State.

Watch him somehow haul in this ridiculous one-handed catch over a defender.

Johnson’s catch helped Penn State jump out to an early 3-0 lead in what has been expected to be the best game of Week 5.

Though, this wasn’t the only insane one-hander we saw on Saturday.