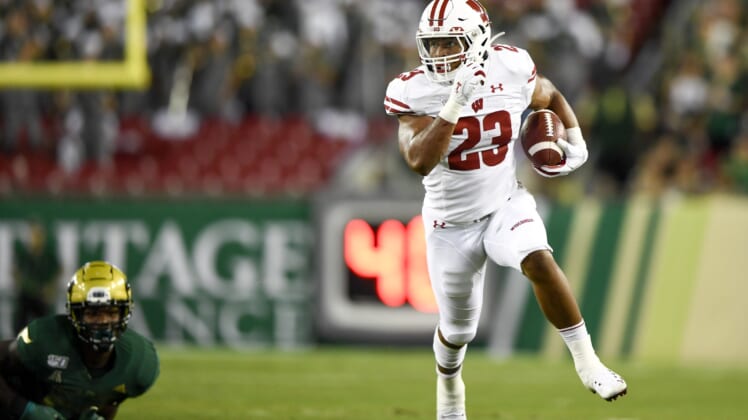 The Wisconsin Badgers jumped out to an early 7-0 lead over Ohio State Saturday night when Jonathan Taylor ripped off a 44-yard touchdown on the game’s first drive.

Quarterback Jack Coan made a sweet throw to open the game, did his best Michael Vick impression on a scramble, then handed the ball off to his star back. Taylor got outstanding blocking up front and did the rest by himself.

This 44-yard touchdown by Taylor gave the Badgers a huge boost to open the game against the heavily-favored Buckeyes.