WATCH: John Smoltz copies Chris Collinsworth with the slide in 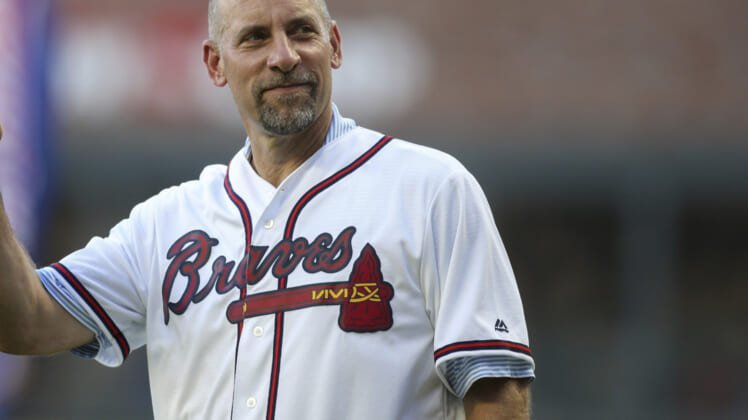 Fox broadcaster John Smoltz was a legend on the bump during a Hall of Fame 22-year MLB career.

He’s also darn good in the broadcast booth and has some humor. Check out Smoltzy trolling fellow broadcaster Chris Collinsworth with an epic slide in ahead of Game 6 of the World Series on Tuesday.

That’s a shit-eating grin if we’ve ever seen one. Smoltz knew exactly what he was doing there, and it’s all sorts of amazing.

Collinsworth is known for doing the slide in ahead of “Sunday Night Football” games on NBC. One has to wonder if he caught wind of this.

Brilliant stuff from Mr. Smoltz. He’s already a winner of the World Series in our books.