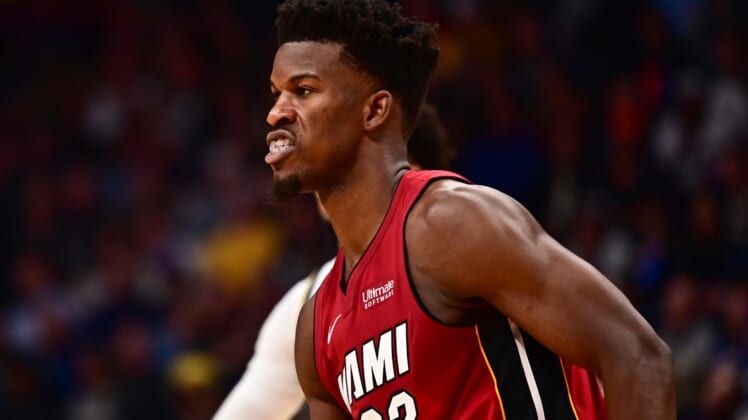 At a time when many NFL fans are boggled by pass interference penalties, the NBA appears to have its own problem and it came at the expense of Miami Heat forward Jimmy Butler.

After a turnover for Miami gave the Phoenix Suns a fast break, Butler made his way down the court to try and prevent an easy bucket. When Suns forward Cam Johnson drove towards him, Butler spun his body out of the way – then was called for the phantom foul.

Even after the Heat challenged the foul call and it was reviewed, the officials somehow upheld their baffling decision. Despite multiple angles clearly showing Butler didn’t make contact with Johnson.

It’s utterly baffling that the foul was even called to begin with. For the foul to then be reviewed and the foul still counts just speaks to issues within the NBA’s officiating process.