WATCH: Jim Harbaugh does drills with RBs in khakis before game 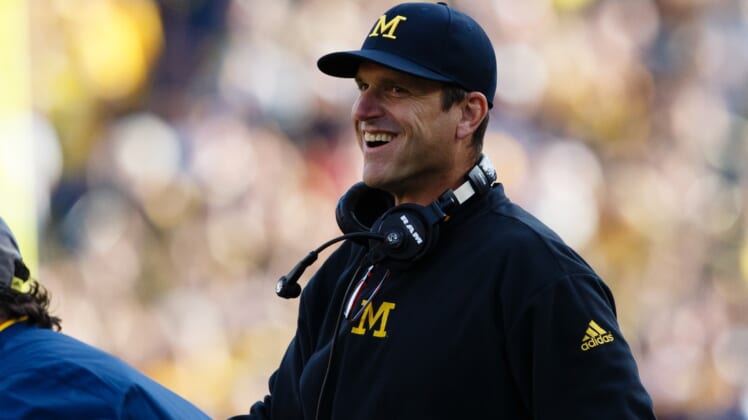 There are two things Michigan Wolverines head coach Jim Harbaugh loves on Saturdays — wearing khakis and being involved in football. Before Saturday against Northwestern, he combined both of his favorites by doing drills in khakis.

Dressed in his favorite style, Harbaugh practiced handoffs with Michigan’s running backs before the game and clearly demonstrated he was right in his element.

KHAKIS AND FOOTBALL. THAT’S WHAT JIM HARBAUGH DOES #FOXFieldPass pic.twitter.com/7p5buKtmu2

Even at 54, the former quarterback showed he could get right back behind center and set up the perfect handoff to the tailback.

Now if only this video showed Harbaugh practicing the run-pass option, then his skills in khakis could be evaluated in even greater detail.