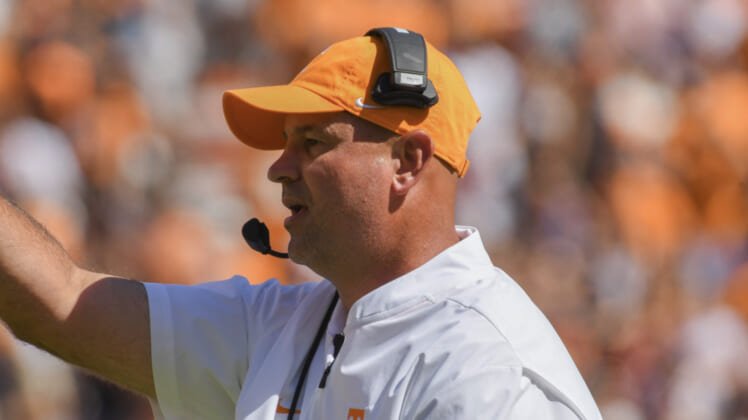 Tennessee was on the verge of pulling to within one score of the mighty Alabama Crimson Tide, and then disaster struck for the Volunteers.

Quarterback Jarrett Guarantano had led Tennessee’s offense on a 13-play drive to get down to Alabama’s 1-yard line. Then, on 4th-and-goal, he attempted to punch in the score on a quarterback sneak. Unfortunately, the ball squirted out.

One hundred yards later, Trevon Diggs scored a touchdown for the Crimson Tide. This effectively buried the Vols, who had battled hard all game long.

Tennessee head coach Jeremy Pruitt was furious with Guarantano, screaming at him and briefly grabbing his facemask to scream at him some more for this faux pas.

That’s not a good look at all for the embattled head coach.