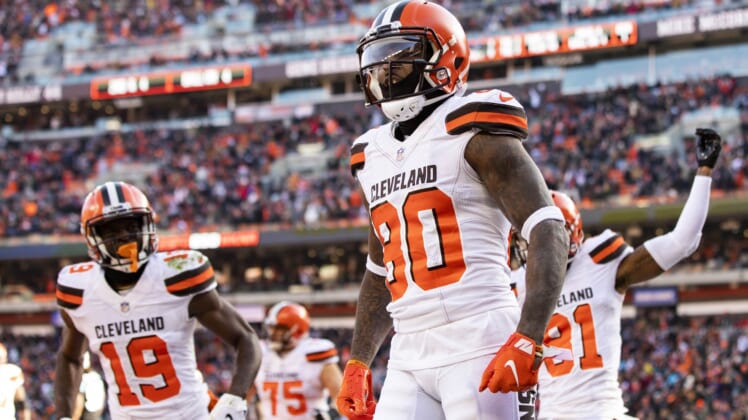 Jarvis Landry can catch long bombs. And as it turns out, he can throw them, too.

Landry took a double-reverse in Sunday’s game against the Cincinnati Bengals. But rather than run downfield, he pulled up to throw. Landry hit Breshad Perriman on a 63-yard pass down the field.

LANDRY WITH A PERFECT PASS TO PERRIMAN! pic.twitter.com/onD6U14oUW

The play set up a score.

Two plays later, Baker Mayfield hit Darren Fells in the end zone for a one-yard touchdown pass, which gave Cleveland a 13-0 lead on its cross-state rival.