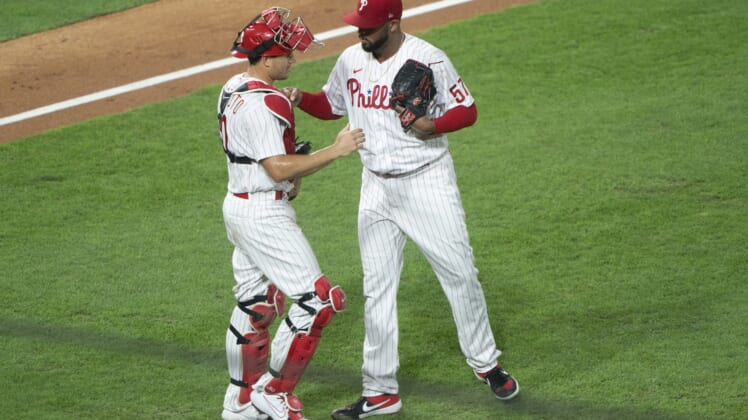 The home-plate umpire calling the game Tuesday night between the Baltimore Orioles and Philadelphia Phillies narrowly escaped disaster in the second inning. Phillies catcher J.T. Realmuto also miraculously escaped without a scratch when a broken bat nearly impaled him and the ump.

Ultimately, it appeared the umpire escaped with nothing but a mild cut on his hand. Check it out here.

Watching that replay over and over again, I still can’t believe that long shard of bat didn’t do more damage. The impact happened so fast, and that piece was spinning. Thankfully the baseball gods were watching, and both of them are okay.