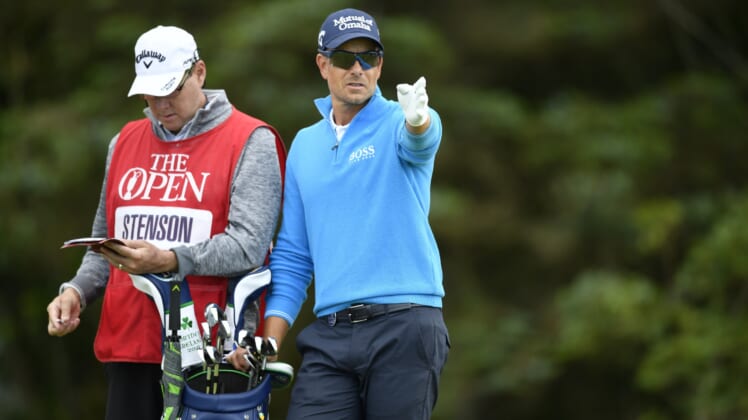 Henrik Stenson was already having a rough final round Sunday when he hit one of the worst shanks you’re ever going to see from a pro.

Teeing off the 18th with an iron, he launched it well right of his intended target, prompting NBC analyst Paul Azinger to declare “shank” not only once, but twice in succession.

After seeing the result of his shot, Stenson then went full Bo Jackson with an emphatic over-the-knee club snap.

That’s certainly not the way Stenson was hoping to end his Open Championship experience.