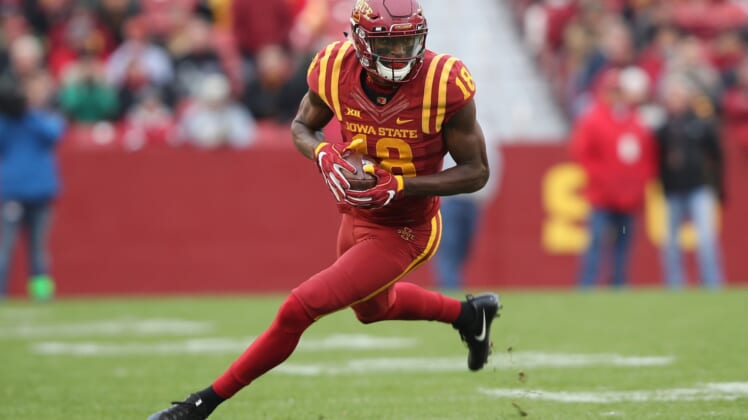 Iowa State Cyclones receiver Hakeem Butler already burned Kansas’ secondary once for a long touchdown earlier in the game. He took it to a whole new level on the next drive with a leaping catch over the defensive back before beating the defender again for a touchdown.

Butler faced single coverage deep down the field in the first quarter and he made Kansas pay for it. The junior receiver made a leaping catch and grabbed the football away from the defensive back.

Butler then slung the defensive back off his arm and beat him to the end zone for his second touchdown of the first quarter.

This entire sequence was incredible, from the catch over the cornerback to throwing him off his body then getting to the end zone. It’s already been a dominant first quarter and more big plays are likely coming from the explosive wide receiver.