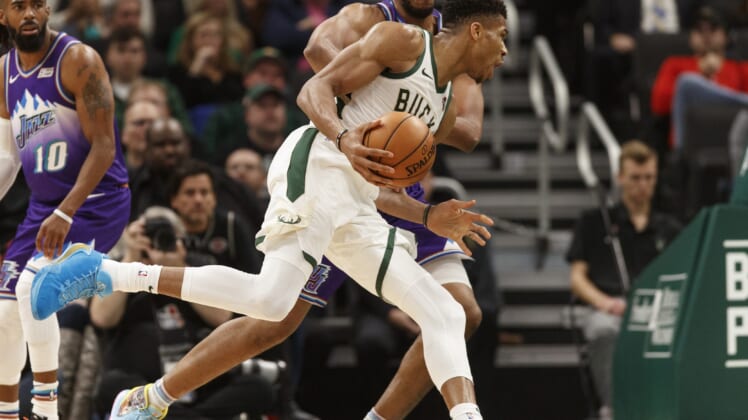 Whether it’s the final seconds of a game or right after tip-off, Milwaukee Bucks star Giannis Antetokounmpo can humiliate an opponent at any moment. On Friday night, the NBA’s reigning MVP put Cleveland Cavaliers All-Star forward Kevin Love on a poster in the game’s opening seconds.

After the Bucks won the tip-off and gained possession, they quickly looked to feed their best player. A drive outside the paint cleared the lane for Antetokounmpo and he threw it down with a one-hand slam right in Love’s fast for the epic poster dunk.

After starting the game off in such epic fashion and dunking on one of the NBA’s best power forwards of the decade, Antetokounmpo couldn’t help but let out a scream in celebration.

The 24-year-old is enjoying another phenomenal start to his season as he works to defend his MVP crown. Antetokounmpo entered Friday averaging 31.1 points, 13.7 rebounds and 6.2 assists per game this season with plenty of highlights along the way.