WATCH: Eagles’ Carson Wentz with the best gender reveal ever 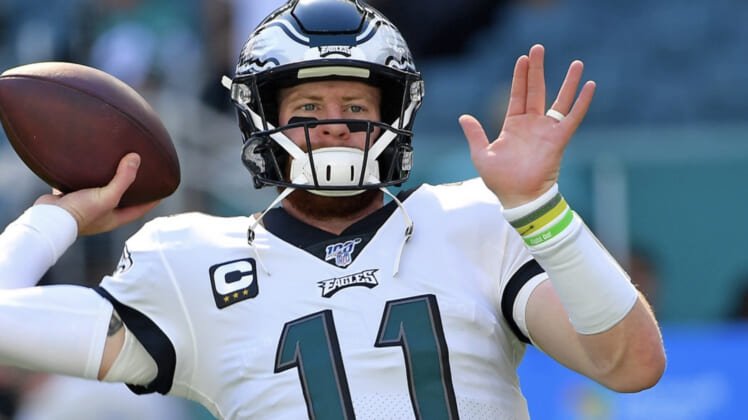 Philadelphia Eagles quarterback Carson Wentz is coming off a huge win over the New York Giants on Monday night.

That’s not even the best part of his week. Wentz and his wife, Madison, are expecting their first child. This was announced back in November.

The former No. 2 overall pick just took to his Instagram with the best gender reveal ever. It included Wentz shooting a football that his wife threw up into the air.

The reveal? A little baby girl. Check this out on all of its glory.

We have to say that Madison has a pretty darn good arm. Wentz appears to have married up in that regard.