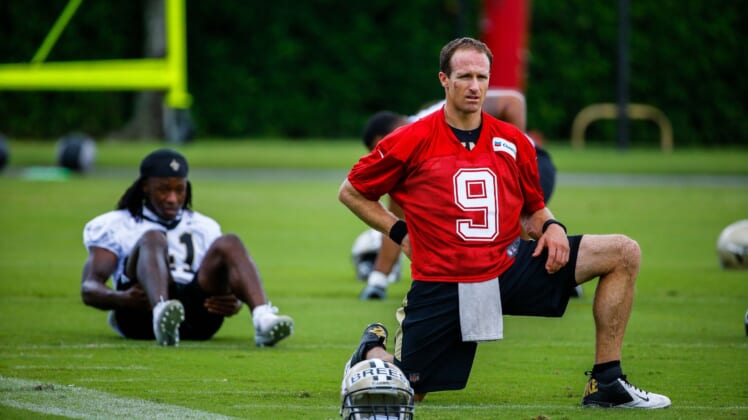 The New Orleans Saints are kicking off training camp in a fun way as quarterback Drew Brees absolutely nails his target in practice.

That target just so happens to be pinata that did not stand a chance against Brees’ strong arm. Just watch Brees in action.

Drew Brees takes out a piñata ? ?

His precision should not come as too much of a surprise considering Brees was the most accurate quarterback in the league last year. The future Hall of Fame quarterback completed a league-best 72 percent of his passes in 2017.

From the looks of this video, Brees should be hitting plenty of bullseyes this fall. This upcoming season marks Brees’ 18th in the league and his 13th year playing for the Saints.