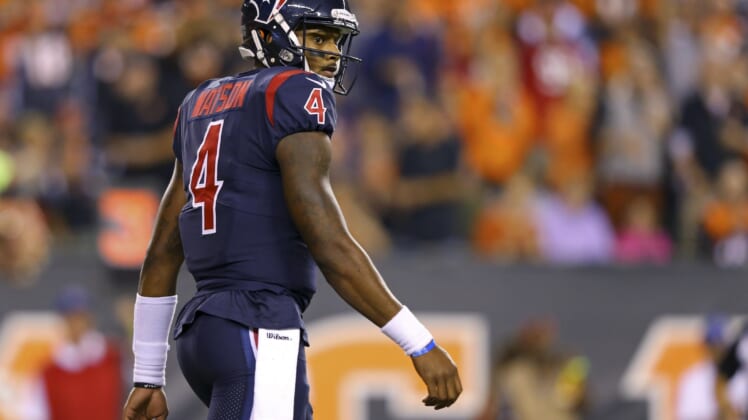 Houston Texans quarterback Deshaun Watson would not be denied. From 20 yards out, down 16-0 in the third quarter, he willed himself in for a touchdown.

Watson got a couple of nice blocks to spring him on the right side. Then, he did the rest by himself, dragging multiple defenders into the end zone with him.

This touchdown run was reviewed to see if the ball crossed the goal line before his knee hit the ground. Ultimately, the call on the field of touchdown was upheld. This touchdown run got the Texans on the board for the first time all game.

After being booed off the field at halftime, they were down by the score of 16-8 after the two-point conversion, which was almost as spectacular.