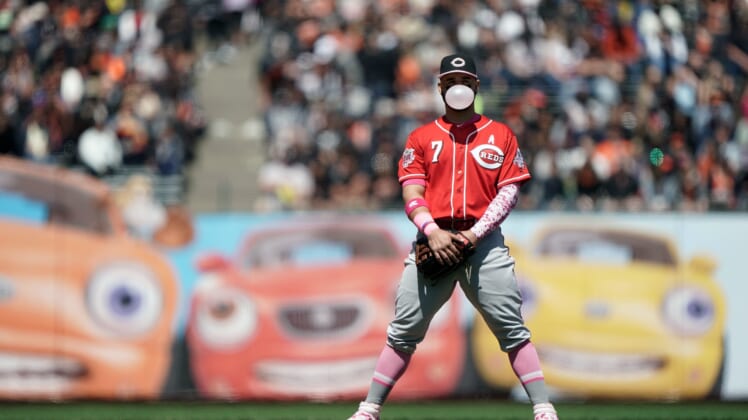 Thursday night’s game between the Chicago Cubs and Cincinnati Reds got off to a weird start as the Cubs took an early lead thanks to a quirky bounce.

Willson Contreras was up to bat with Kris Bryant and Javier Baez on second and third base with two outs. Contreras hit a slow grounder toward third base, and it appeared the inning would be over. Unfortunately for Eugenio Suarez, the ball had other ideas.

Check out this crazy bounce that left Suarez up a creek without a paddle and allowed two runs to score.

Contreras was credited with a double, and Luis Castillo is the unfortunate pitcher who got the 2 runs charged to him.