WATCH: Cody Kessler serves up blunder of the season 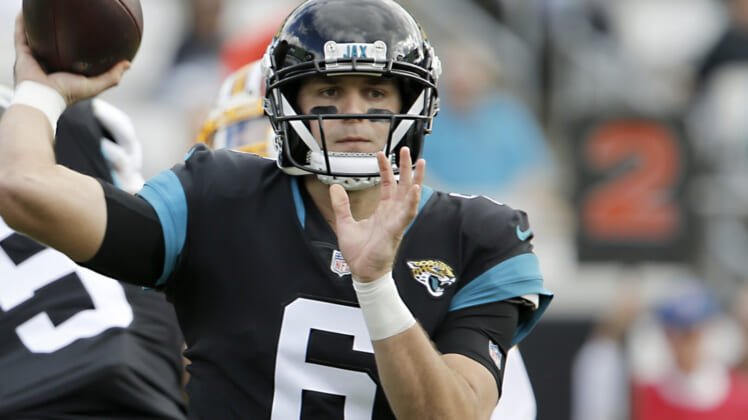 The Jacksonville Jaguars have been an absolute mess throughout the 2018 season. Back in September, Doug Marrone and Co. were considered legit Super Bowl contenders.

Since then, Jacksonville has been an absolute dumpster fired. It entered Sunday’s game against the Miami Dolphins with a 4-10 record and in last place in the AFC South.

Things didn’t get better in the first half of said game. With it tied at seven midway through the second quarter, Jaguars quarterback Cody Kessler served up one of the biggest blunders of the NFL season.

It has to be seen to be believed.

We’re not exactly sure what happened here. The ball could have slipped out of his hand. Given it is 71 an partly cloudy in South Beach, that excuse will only go so far.

In any event, this one play pretty much summed up the Jaguars’ season.