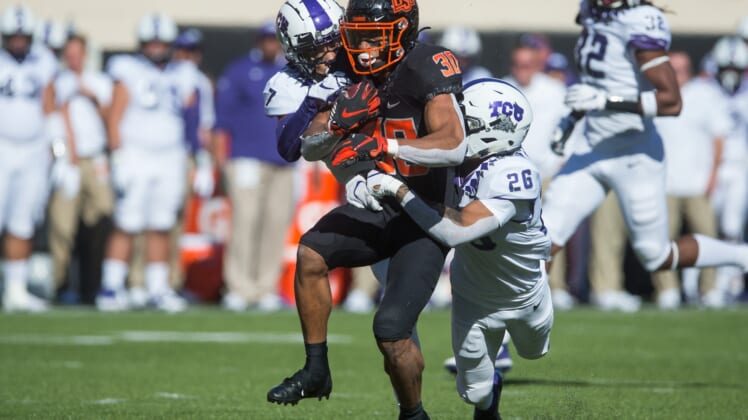 Opponents facing Oklahoma State know each week they can’t allow running back Chuba Hubbard to find open space. The TCU Horned Frogs learned why when he unleashed his speed on a 92-yard touchdown run.

Oklahoma State sat pinned to its 8-yard line in a tie game and it knew who to feed the football. Once a hole opened up in the middle of TCU’s defense, he charred the Horned Frogs with his blazing speed for the longest touchdown in his career.

Big plays are nothing new for Hubbard. He came into Week 10 leading the nation in rushing (1,381) by more than 200 yards and six consecutive 100-yard games. TCU can now add its name to the growing list of opponents that were no match for Hubbard’s explosiveness.