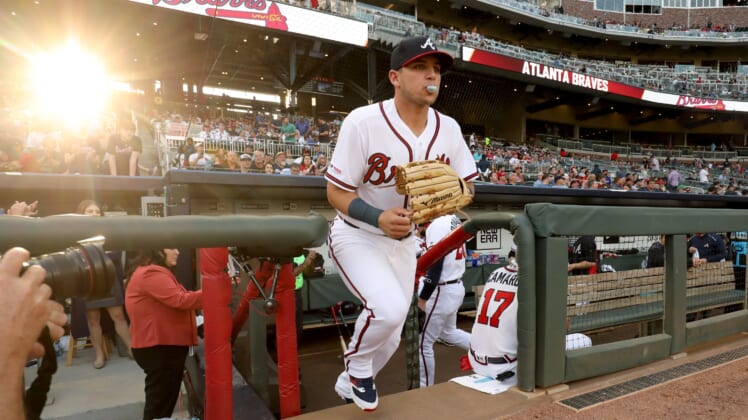 After being called up and homering in his MLB debut, Atlanta Braves outfielder Austin Riley came inches away from hitting his second jaw-dropping home run in as many games.

Riley absolutely obliterated the baseball to the deepest part of SunTrust Parl on Thursday only to see the soaring fly ball bounce off the top of the wall.

While he didn’t get credit for a home run after instant replay, the rookie at least picked up a mammoth double in the process to put runners on second and third with no outs.

Riley has shown the ability to unleash absolute moonshots, he did that once again here but just missed out on the home run.

If he can settle in and handle his own defensively in the outfield, there’s no doubt the 22-year-old will be an impact bat in the heart of Atlanta’s lineup for years to come.