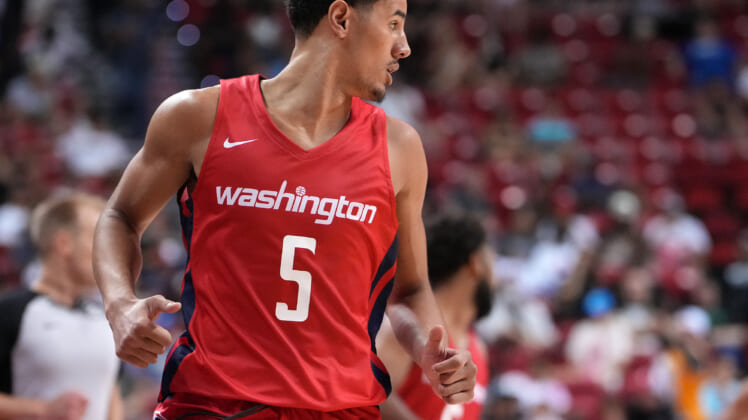 When the Washington Wizards selected Johnny Davis with the 10th overall pick in the 2022 NBA Draft, the decision received some scrutiny. It also appears that perceptions of the selection won’t be changing early in the 2022-’23 NBA season.

Davis was part of a fairly significant offseason overhaul for the Wizards’ roster. Bradley Beal remains on one of the largest contracts in NBA history and the starting lineup will still feature Kyle Kuzma and Kristaps Porzingis this season. Much of the personnel around them, though, changed dramatically this summer.

Washington brought in Will Barton and Monte Morris, improving its depth at guard and strengthening its pool of talent at the wing. However, the selection of Davis raised some eyebrows for a team with playoff aspirations. 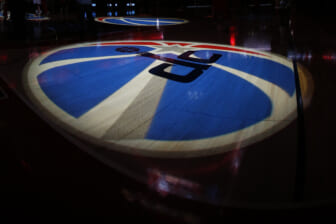 The Wizards’ prized rookie certainly didn’t help himself during the NBA Summer League. Despite receiving consistent playing time and ample opportunity to make plays, Davis’ scoring averages ranked below his peers who averaged fewer than 15 minutes per game. He was also one of the least efficient shooters, made countless mistakes and seemed overmatched.

While the Wizards might not have any long-term concerns and their evaluation of Davis remains high, the slow start could influence how much he sees the court early this season.

Josh Robbins of The Athletic projected the Wizards’ rotation for the upcoming season, examining likely roles and playing time for each player. Davis is listed as the fifth guard in the rotation, with Corey Kispert ahead of the rookie as Washington’s fourth wing.

There will obviously be a time when Davis has an opportunity to prove himself again, even during training camp and the preseason. With everyone healthy right now, though, it appears the 10th overall pick will be spending a majority of his early days in the NBA on the bench.