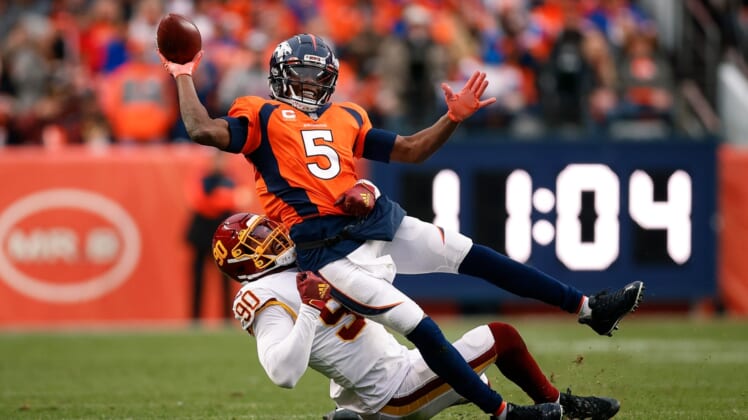 It’s a non displaced fracture and won’t require surgery but Sweat cannot have physical contact for at least one month, per the report. He also has to alter his diet.

It’s unclear when Sweat suffered the fracture against the Denver Broncos. He played 31 defensive snaps, his lowest of the season, in WFT’s loss to Denver.

Sweat has 19 tackles, four sacks, 12 quarterback hits and two forced fumbles in eight starts this season. The games missed will be his first since being taken No. 26 overall by Washington in the 2019 draft. He has 20 sacks in 40 career games, all starts.