Warriors rule out Klay Thompson (knee) for remainder of season 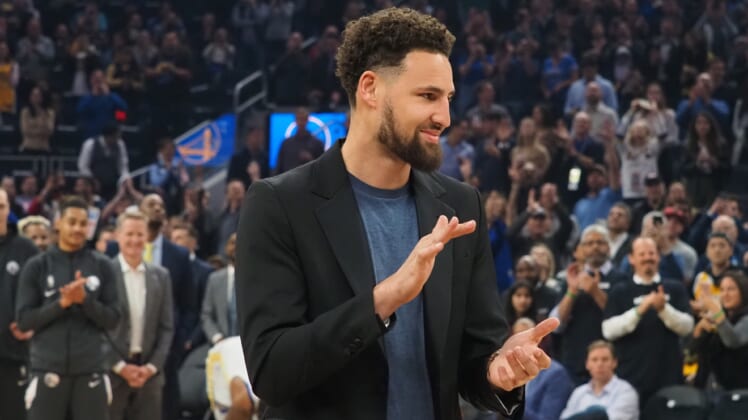 While the Golden State Warriors will likely get All-Star guard Stephen Curry back this season, the team has now ruled out any chance of Klay Thompson taking the court this season.

The team was initially hopeful that the star guard could return in March after suffering a torn ACL in Game 6 of the 2019 NBA Finals. Of course, the decision isn’t all that surprising given the Warriors sit at the bottom of the NBA standings.

Golden State will come out of the All-Star Break with a 12-43 record and much of their focus now on getting healthy for next season and securing the best draft lottery odds possible.

While he won’t return to the court this season, The New York Times’ Marc Stein reports that Thompson is progressing well and he is in contention for a spot on Team USA in the Tokyo Olympics.