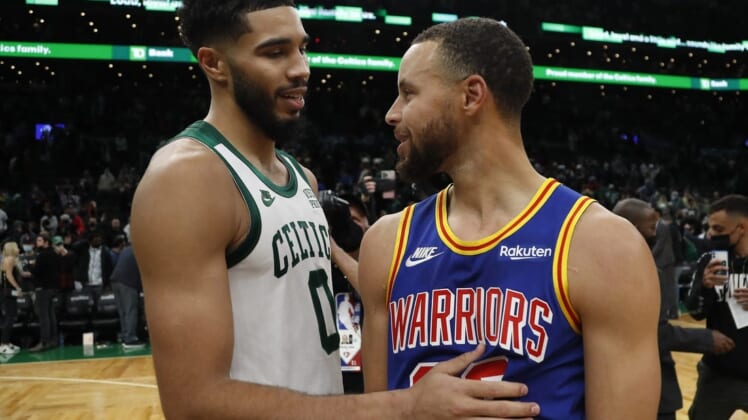 One week before the regular season opened, the Golden State Warriors were 12-to-1 to win the NBA Finals.

Now, at the start of Finals week, the Warriors are favored to beat the Eastern Conference champion Boston Celtics and claim a fourth NBA title under Steve Kerr.

Some could be holding even larger potential payoffs on underdog Boston if they took advantage of major sportsbooks installing the new-look team as a 50-1 longshot.

The series underdog at +130 in the 2022 Finals, the Celtics are 3.5-point underdogs in Game 1, scheduled for Thursday at Chase Center in San Francisco.

Just 10 days ago, Boston was still 10-to-1 to win the Finals at DraftKings, BetMGM and Caesars, and 12-to-1 at PointsBet.

A $250 bet before the Eastern Conference finals on the Celtics to win the title would pay $2,500 if Boston can pull the upset.