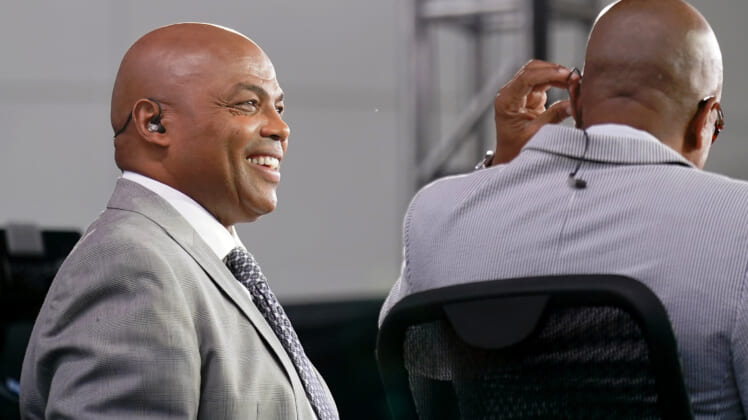 Even though Charles Barkley hasn’t played in the NBA since the end of the season in the year 2000, but he’s managed to stay in the limelight ever since.

Sure, it helps that he works as a TNT television analyst for NBA games, but Barkley is also known for saying some wild things over the years.

Most recently he went after Golden State Warriors fans, specifically the area of San Francisco.

Barkley said the city of San Fran was great, but that it needs a good washing. Here’s the clip from earlier this week.

Warriors fans let Chuck hear it the first chance they got, by telling Barkley he sucks before their Game 5 Western Conference playoff matchup with the Dallas Mavericks. In classic form, Barkley gave it right back to them, showing even more disrespect for the fans.

But the best part was his broadcast partner and fellow member of the Naismith Memorial Basketball Hall of Fame, Shaquille O’Neal was leading the chant, making sure his co-worker could feel the love.

It was obviously all in good fun, thankfully Barkley isn’t the one to take things this personal. As usual, the TNT pre-game show provides the best entertainment of all. Aside from, you know, the actual gameplay.

Related: Los Angeles Lakers legend trashes today’s NBA players: ‘All they do is practice threes, get tattoos, and tweet’