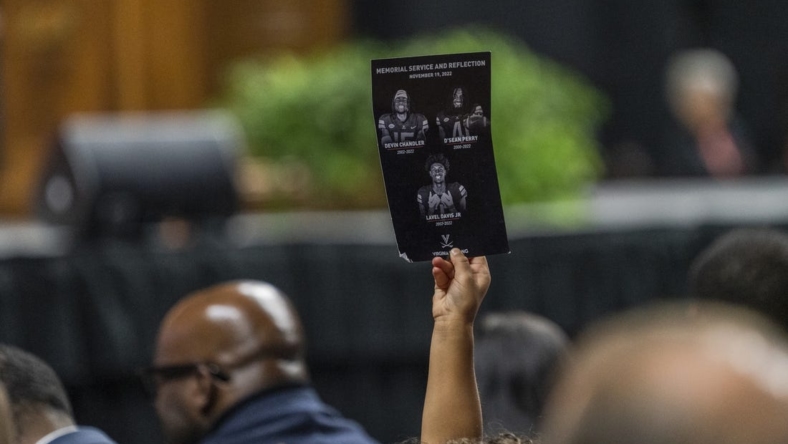 The football teams at the University of Virginia and Virginia Tech will not play this season.

Saturday’s game between the two rivals was canceled Monday, more than a week after three Virginia football players — Lavel Davis Jr., D’Sean Perry and Devin Chandler — were killed in a shooting aboard a charter bus in an on-campus parking garage. Students on the bus were returning from a class trip to see a play in Washington.

The decision was made to cancel the Commonwealth Cup game following discussions involving representatives from Virginia, Virginia Tech and the Atlantic Coast Conference. The game was set to be hosted by Virginia Tech in Blacksburg, Va.

“The ACC and Virginia Tech continue to support UVA following the devastating tragedy,” a statement read.

Virginia also canceled its game this past weekend, in which it was scheduled to host Coastal Carolina in a nonconference matchup.

The cancellation likely ends the season for both schools, barring a surprise replacement game. Neither team is bowl-eligible.

Two other UVA students were wounded in the Nov. 13 shooting. One of them, Virginia running back Mike Hollins, was discharged from the hospital Monday. The suspect in the shooting remains in custody.