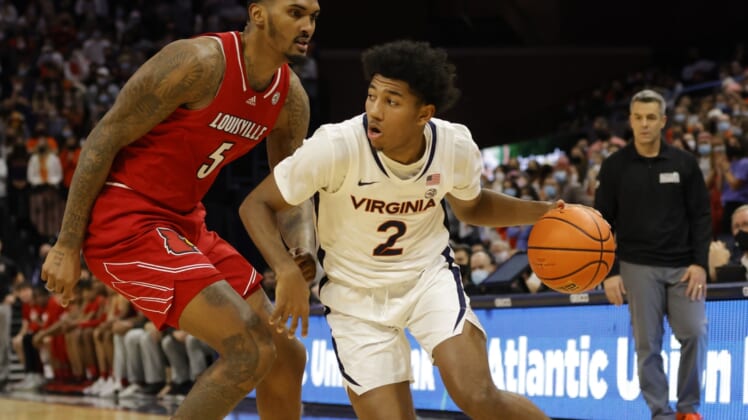 Virginia has had a week to recover from a devastating loss at home to struggling Florida State in a game the Cavaliers led by nine points with 2:19 left.

The damage done by the defeat to the Cavaliers’ NCAA Tournament prospects will probably require them to make a deep run next week in the Atlantic Coast Conference tourney to pass muster with the selection committee.

While the Cavaliers have had two quality wins over Miami and one each over Duke and Providence, they’ve also sustained resume blemishes, with losses to Navy and James Madison.

Florida State qualifies as well considering the Seminoles arrived in Charlottesville with seven losses in its previous eight games and three of its top four scorers sidelined by injuries. But Matthew Cleveland delivered a buzzer-beating 3-pointer to stun Virginia.

“They just kept driving it by us,” Virginia coach Tony Bennett said of the Florida State offense. The Seminoles made 50 percent of their shots in the second half, paving the way for the comeback.

The downward spiral of Louisville has been jolting after it started 4-0 in the ACC. The nadir might have come Tuesday where the Cardinals scored a season low in a 75-43 loss at Virginia Tech.

“I wouldn’t say they’ve quit,” Louisville interim coach Mike Pegues said. “I will say that clearly their spirit is broken and when you lose in the fashion that you do the last two games, it’s hard to stay in the fight.”

Louisville’s second-leading scorer and top rebounder Malik Williams didn’t make the trip to Virginia Tech, which Pegues termed as a coach’s decision. It was the second time he has been deactivated over the last five weeks.

His replacement, Sydney Curry, has been one of the team’s few positive developments. Curry had 18 points and 11 rebounds at Virginia Tech after notching a career-high 28 points in a loss at Wake Forest.

Virginia won the first meeting, 64-52, on Jan. 24 as Kihei Clark had 15 points and five assists. Reece Beekman added 11 helpers as 20 of the Cavaliers’ 24 buckets were assisted.