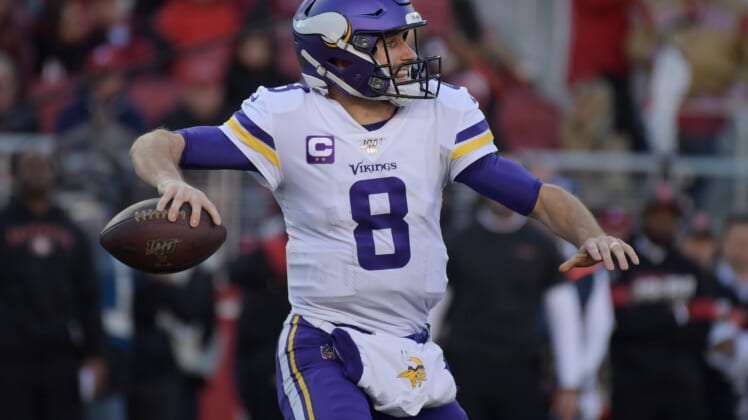 The Minnesota Vikings are signing quarterback Kirk Cousins to a two-year extension, per his agent Mike McCartney, securing Cousins’ future in Minnesota through the 2022 season.

According to NFL Network’s Ian Rapoport, the two-year extension is worth $66 million and comes with $61 million guaranteed at signing.

After signing Cousins to a three-year, $84 million fully-guaranteed contract in 2018, the 31-year-old quarterback has provided stability for the Vikings. Set to carry a $31 million cap hit for the 2020 season, the new extension will likely help ease Minnesota’s cap situation.

Cousins is coming off one of the best seasons in his career. He completed 69.1% of his passes this season with a 107.4 quarterback rating and a 26-6 TD-INT ratio in 15 games.

A two-time Pro Bowl selection, including this past season, Cousins helped take the Vikings back to the playoffs in 2019. He threw the game-winning touchdown pass against the New Orleans Saints in overtime. However, he struggled the following week when the San Francisco 49ers knocked the Vikings out of the playoffs.