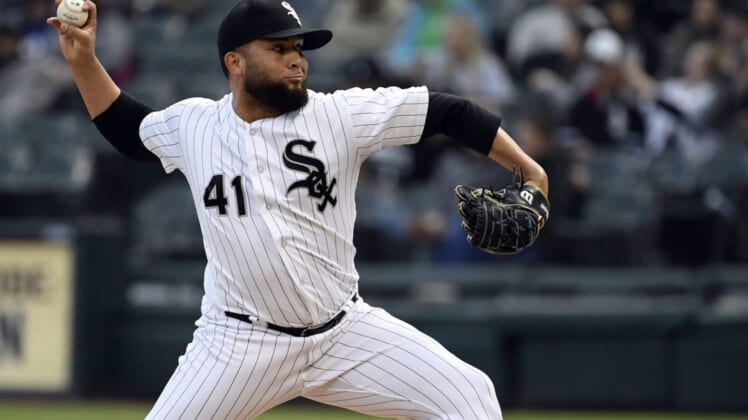 The offseason just got a whole lot more interesting for a Chicago White Sox team hellbent on contending in 2020.

Two-time All-Star pitcher Kelvin Herrera is spending his winter in his native Dominican Republic. It’s apparently not going too swimmingly.

A video surfaced just recently showing the 29-year-old pitcher punching a man several times during a cockfight. The unnamed man has filed a complaint against Herrera.

That’s a whole heck of a lot to unwrap in one video.

Herrera is currently playing under a two-year, $18 million deal he signed with Chicago back in January of 2019.

He pitched to a lowly 6.14 ERA with a 1.62 WHIP in 57 appearances last season. It was a career worst performance from the two-time All-Star.