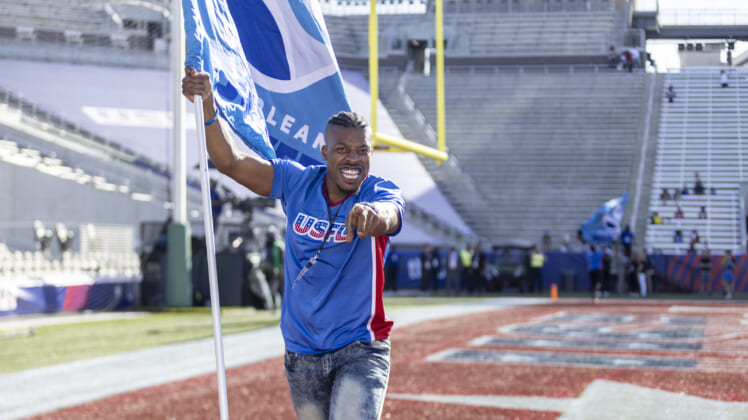 It’s Week 5 of the USFL and the 3-1 New Orleans Breakers are taking on the 3-1 New Jersey Generals on Saturday afternoon on FOX. For those tuning in, they got to witness a rare spectacle where the Breakers attempted a fake punt on fourth down, which is fairly typical, but gaining 43 yards on such a play, is no small feat.

Facing fourth-and-three on their own 28-yard-line down by three points, the Breakers opted to try something different instead of punting to give the ball back to their opponent.

Instead of the long snapper hiking the ball to the punter waiting in the backfield, the ball was sent to linebacker Jerod Fernandez, who was standing slightly off-center to the right of the snap. Once he had the ball, Fernandez proceeded to sprint forward up the gut behind a hole a semi could have driven through.

Running as fast as he could, Fernandez managed to rumble for 43 yards before a Generals ballcarrier could track him down. The Breakers were able to flip the field, but not in the traditional way, now picking up at the opponent’s 29-yard-line to later set up a 42-yard field goal by kicker Taylor Bertolet.

Here’s the play, which seemed to have nearly everyone on the Generals fooled at first.

What an incredible play call by the Breakers, and an even better execution by Jerod Fernandez and Co.